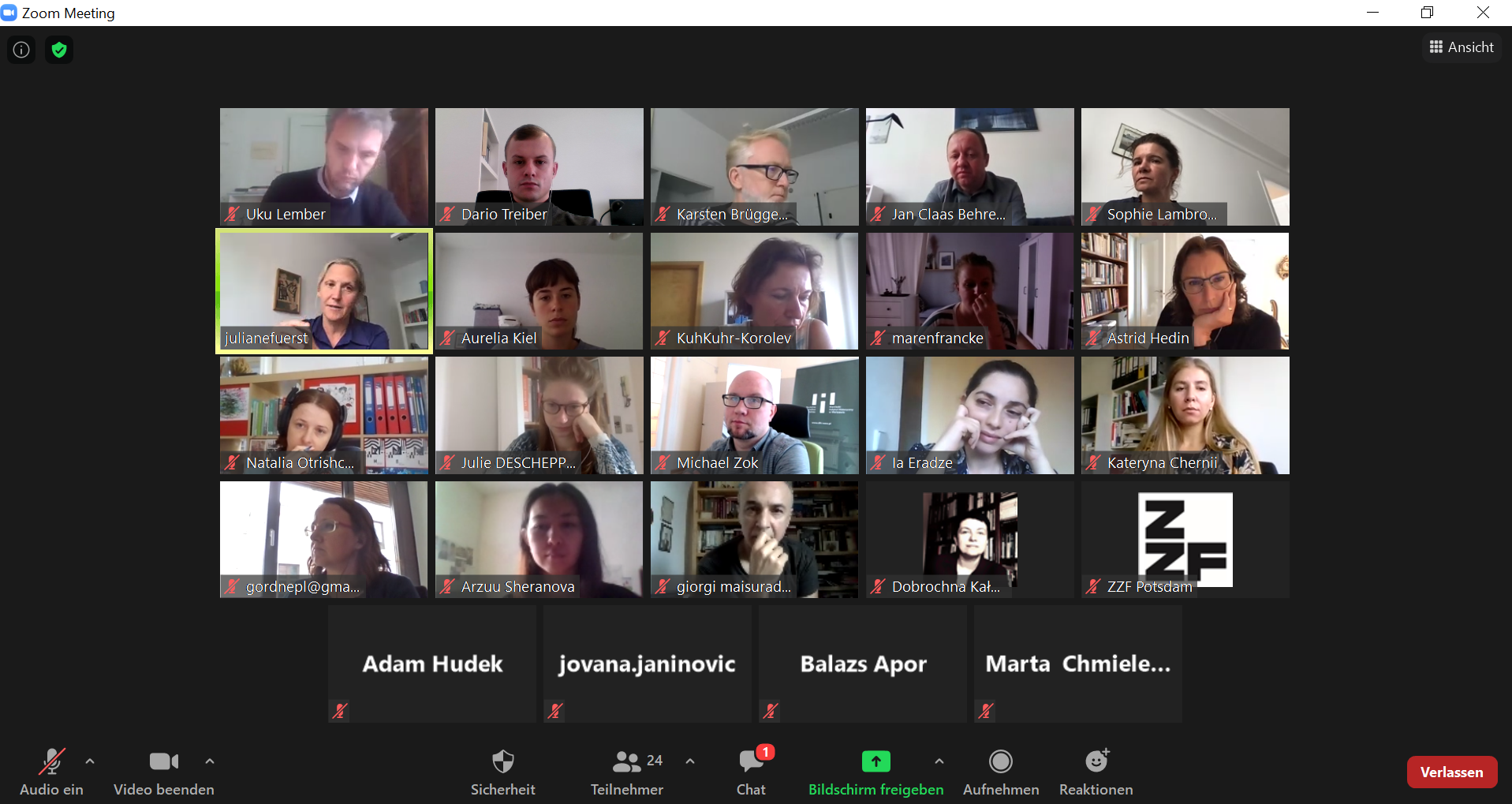 From 21 to 24 September the first online workshop of the project "Legacies of Communism" took place with the title "Agency versus/with Structure: On the question of how transformation is enacted". Originally, the workshop was meant to take place at Ilia State University in Tbilisi, but due to the Corona pandemic the workshop had to be moved into the digital sphere. The digital format, however, gave us the opportunity to have participants from all over the world: Researchers from Canada, Estonia, Germany, Georgia, Hungary, Ireland, Poland, Slovakia, Spain, Sweden and Ukraine joined the workshop and presented and discussed their projects.

By means of various micro-studies, the question of the role of human agency versus the importance of entrenched physical or metaphysical structures was examined from different perspectives. The significant role of networks as an interface between enduring structural realities and more flexible human agency was highlighted by several contributions as well as the importance of material and physical structures whose de facto presence is a strong reminder of the communist past but whose usage changes according to the times.